That Meet Your Every Need 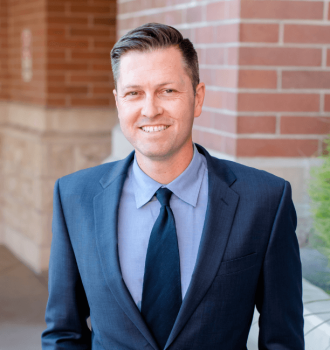 Nate Peterson is a fifth-generation Idahoan, born and raised in southern Idaho.

Nate holds a degree in Economics and minor in Political Science from Boise State University, where he was elected student body president. Upon graduation, he gave the student commencement and shortly thereafter served as a U.S. Peace Corps volunteer in the former-Soviet Republic of Georgia.

I strive to provide the best representation for my clients so they have the best chance for success.

Nate served as a trial defense specialist in the Idaho Army National Guard by providing legal defense services to guardsmen facing criminal and/or adverse employment actions. Presently, he serves as a judge advocate in the Idaho Army National Guard 116th Brigade Headquarters where he is judge advocate. Nate is also a member of the Idaho Trial Lawyers Association and the Idaho Association of Criminal Defense Lawyers. Altogether, he is focused on providing legal solutions to individuals, small businesses, and nonprofit organizations; through counsel and representation in civil and commercial litigation. His practice areas include business and employment matters, family and custody issues, criminal defense, personal injury, and civil rights violations. https://www.natepetersonlaw.com/